I made this widget at MyFlashFetish.com.

A trippin fun to : SAATCHI GALLERY,LONDON

THE SHAPE OF THINGS TO COME : NEW SCULPTURE
I was away for a few months back reschedule studies up and down and i'm back for good now.While i was away for a break during summer time i went to London for about a month staying there.So much to see,so much to catch up but still felt like less doing nothing. Being as someone whole heartedly belongs to seek for art, My whole trip will not complete without visiting any galleries and museums around the 'soul of art' in London itself. It was on my 2 week i've managed to find my way to Saatchi Gallery using underground tube train the easiest and cheapest transportation available rather than stuck in the traffic forever.
So, as i arrived to this place i couldn't be more happy(jump in the air) my feet has finally landed on breathtaking gallery ever.As i walked in through the information counter meet and greet the friendly assistant gallery to ask for the cataloged she gave it to me and assist me to the entrance to make my journey along the way. i'm going to  share some photos of sculpture work by various background  genius artists . so let's take a peek shall we?;) 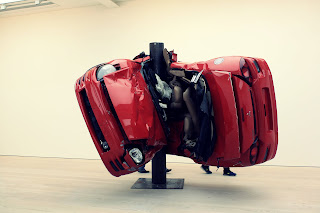 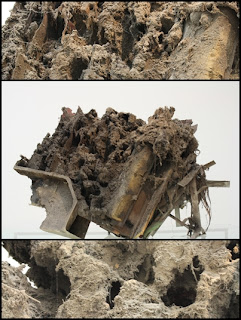 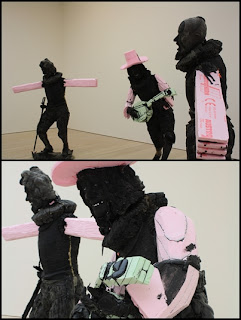 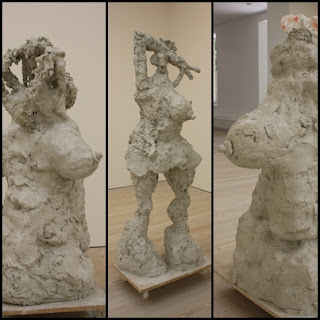 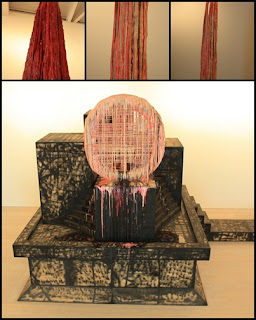 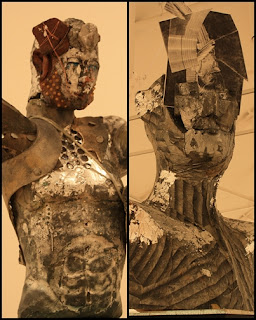 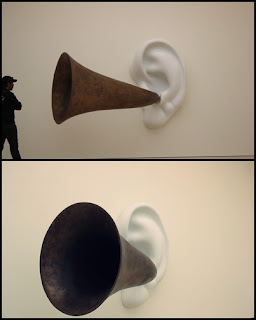 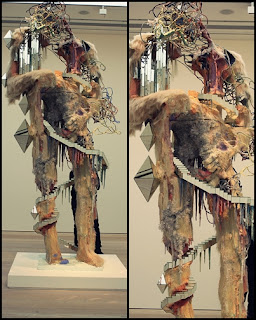 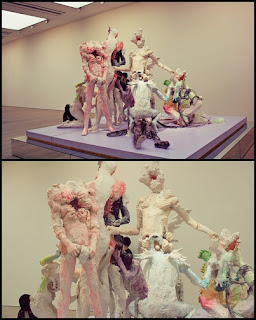 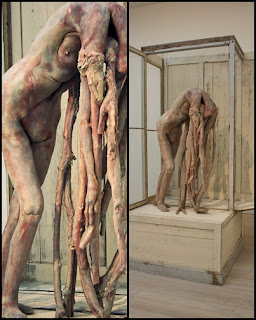 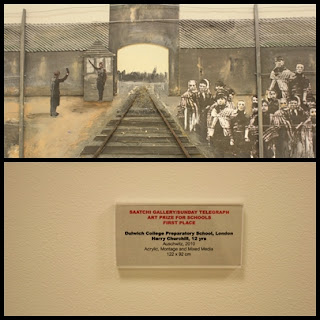 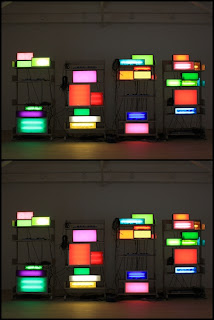 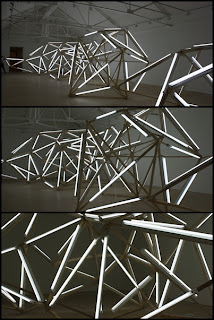 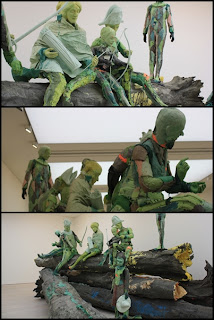 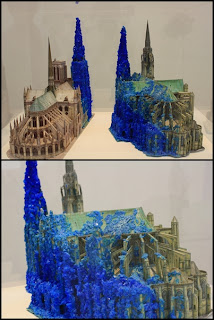 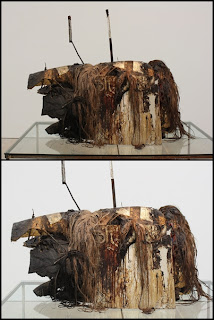 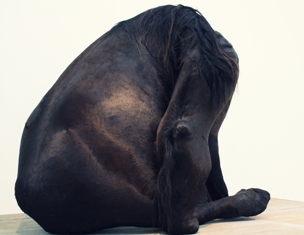 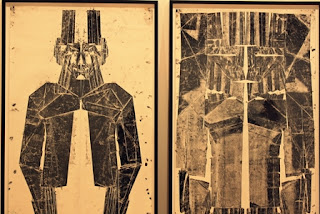 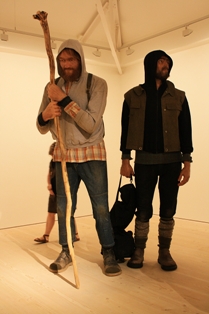 Posted by Mikienguerillasquad at 5:23 AM No comments: Links to this post

log on to this website it has every needs and answers to your curiosity about not just art itself but in terms of managing, organizing that cater to art world.(art management side). art enthusiast,art dealer,collector,curator, galleries owner, artist, art critics, art lecturers,art students and plain ordinary public could take some time/spend  10 minutes at least to browse on this very informative articles on the website.happy browsing ;)
Posted by Mikienguerillasquad at 11:21 PM 1 comment: Links to this post

Ask me anything that's bugging u on ur mind.. http://formspring.me/pinkdeville
Posted by Mikienguerillasquad at 11:57 PM No comments: Links to this post

mikienguerilla is back on the track after missing in action..:)

i'm finally back on the track..after a while been away for my final year stuff..now will be updating more and more recent activities on art scene which keeps me alive all the time and my heart grew bigger:).i once kept in my box of mind these quote:


‘Life without industry is sin and industry without art brutality’ –John Ruskin
this is what fated and chosen not by anyone but me.myself and i.i decided to stick and obey myself to venture into this art scene.i remembered a long time ago(flashback haha..) when my tuition teacher was teaching mathematics,i was daydreaming in my world and starts to doodles on my math book.each page i would draw a smily face with different smiling style and sketching some random images.on top of that,i get caught and was scolded by my teacher for doing so..she called it 'vandalisme' i'm like what on eart are u thinking?art is what u called as vandalisme..the doodling that my teacher brags about to me  is what i would have thought of :
“Ruin is a gift, it is the way to transformation.”
is not a rubbish,or a crap nonsense stuff but art is a gift,not a duty.i felt like it fits me and it nevers burdens me as how i would feel like to learn maths and seeing all kinds of calculations and formula just makes it even worst for me to cope with..then on, i knew what does it bring me to stay through and still keeping up with art.As i grew older,i practically adapting more knowledge gets in deeper into art as a whole mean.how we think related to how we learn when learning is understood as thinking,it is a process not a product,and i do find that impossible is possible in art,expect the unexpected,the is no right or right in art,logical or not logical and it's always spread and developed,keep changing according to the changes of art mainstream.To me,i never says art is the  easiest way out of strictly obey rules and regulation about life but at least rather have it as an option rather than not...there's so much to see.so much to do..and it keeps moving on and on without a FULLSTOP.yup! it does comes and go but yet it never gets bored there's so much that the art scene world  could offers.i'm glad till now i still choose ART as my antidote that cures me:)
Posted by Mikienguerillasquad at 1:19 PM No comments: Links to this post

hey guys!i'm currently OFF9 mood..i'll b back on the track in the month of May onwards...superbusy with few tasks,assgnment since it's my final year..so i'm like freakin insane now..haha!what choice do i have anyway.. i will update soon:)ciao!

mikien
Posted by Mikienguerillasquad at 8:06 AM No comments: Links to this post 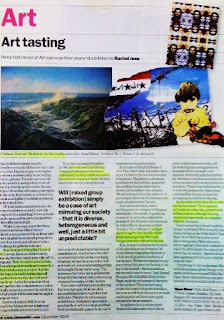 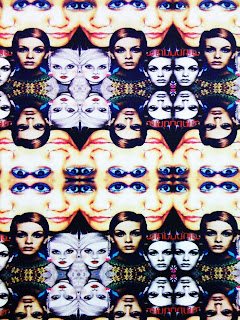 For more info write up on the article direct link to this page : http://www.timeoutkl.com/art/articles/Art-tasting
*Article were taken from timeout kl magazine december 2010 issue:
Art tasting
December 2010


Solo exhibitions tend to steal the headlines and grab all the attention in the art circles. Big names guarantee higher audience numbers and a better reaping for art galleries. The audience loves the anticipation of seeing what’s fresh-off-the-line from the artist’s studio. But one type of show that still makes quiet ripples in the scene that features on almost every commercial gallery’s exhibition schedule is the mixed show.
Of more democratic proportions, this type of exhibition is exactly as its title suggests: it’s a mixed bag. No two artworks are the same and the participating artists often differ just as much.
Whilst cynics may argue that these shows function as ‘fillers’ and are therefore not as noteworthy as those with more tangible focus, mixed group shows have their merits and still prove to be a challenge for galleries to mount.

Raja Annuar of Pelita Hati House of Art, for one, dismisses their triviality, arguing that they ‘can be more difficult’ to organise. ‘First, we need to select artists, then select good artworks and ensure that the artworks come in on time. Another challenge is actually putting them all together in such a way that each piece stands out. And at the same time when put together, they complement each other. Finally, we need to promote the exhibition so that people will be interested enough to come and view.’
Hard work indeed. Still, there are payoffs for fishing out new talents and trying to kindle new movements in art.
‘Ever since we started the gallery in 1995, we’ve focused on promoting young and emerging artists and are continuously looking out for new talents and artworks using new media. We have been rather daring in doing this and have even showcased experimental and installation art, which is not what other commercial galleries are keen on doing. I must say we have done this rather well and works of young and emerging artists have caught the interest of many. The outcome is that today many galleries are doing what we started, that is showcasing young and emerging artists,’ he says.
Fair claims and there’s also no denying that mixed group exhibitions allow less established talents to get their foot in the door. The pros for audiences are multifold too. Avid gallery-goers get to see a bundle of artists in one go and fresh faces can reasonably gauge the flavour of contemporaneous art practices.
In the case of Pelita Hati House of Art’s ‘Open Show’ later this month, that’s about 40 different flavours (or artworks) to be precise. The gallery’s submission guidelines for the exhibition guarantee this and Raja Annuar states that no theme, size or medium was indicated. ‘We did not want to limit the creativity of participants. However, we did assess and screen all submissions,’ he says.
As audience members, expect anything and everything at the Bangsar-based gallery this month. A quick look at some of the artworks confirms the promise of this diversity with a seascape by Adrian Ho (an oil on canvas titled ‘Northern Tip of Borneo 1’), a trippy digital image by Nur Asyikin Abdul Razak featuring iconic sixties model Twiggy, and even video art in the fray.
Raja Annuar’s explanations for some of the selections are as divergent. On Azizul Hakim’s beguiling silkscreen of a child standing amidst conditions of war, he says, ‘We have not been given any story behind this piece but the look of the boy in the artwork – that is something that we really want to know.’ And Ahmad Hisyamuddin Abdullah’s linocut titled ‘Bapa’ made the cut because of the rarity of the medium (‘There are not many artists who want to do prints nowadays, but to us we still think this sort of artwork can be popular and have quite a good potential for the art market’).
‘Art galleries do to a certain extent dictate and create a new wave in the art scene. Galleries promote works, and the works that are more aggressively promoted will of course get more exposure. Works that galleries promote are viewed as works that have achieved a certain standard and can set a trend in its popularity. These in turn influence the type of artworks produced by other artists,’ continues Raja Annuar, incidentally giving props to exhibitions like this.
Do the works in the Open Show reflect our local art scene? ‘Yes I suppose it will indirectly reflect the current trends in Malaysian art, although this was not included specifically as a selection criterion,’ he argues.
Great answer but it doesn’t quite hit the nail on the head. Where exactly does a mixed exhibition like Pelita Hati’s ‘Open Show’ fit in? Will it be further proof that contemporary Malaysian art is still struggling to find itself a definitive voice? Or, will it simply be a case of art mirroring our society – that it is diverse, heterogeneous and well, just a little bit unpredictable?
I’m placing my bet on the latter. Mixed exhibitions make a great change in the yearly exhibition route and Pelita Hati’s ‘Open Show’ this month may just give us a lot more to look forward to in the new year.

*thanks to:pelita hati gallery and also time out kl magazine

Posted by Mikienguerillasquad at 12:13 PM No comments: Links to this post 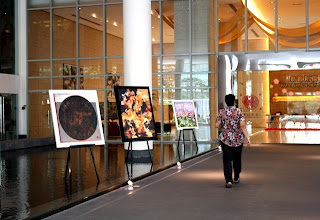 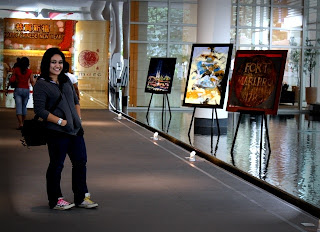 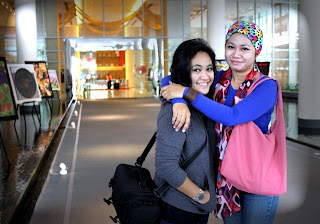 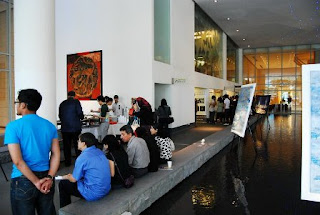 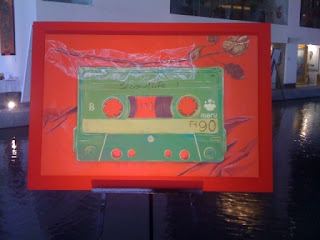 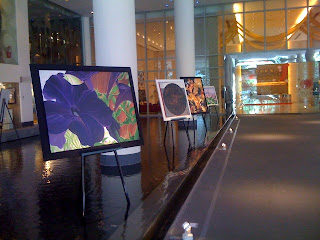 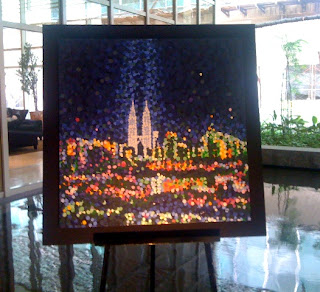 curiousity could kills U..so let loose ask me anything u wish to know!

I made this widget at MyFlashFetish.com.

Mikienguerillasquad
Shah Alam, Selangor, Malaysia
So let's take a peek into my world, shall we? Hello There! Name syikin.or just Mikien Mikz.. Pretty simple aye? I blow my candles out on December 29th, Why yes, I am 26. I look at things differently then most people do, yup!i just adore writing so much that it kills me not to write anything in a day.It's like a drug and antidote for me! I reads all kinds of books,art journal,graphic illustration,fashion mag Nylon and the list goes on..youtube diggers!all people does that.. I hope to become a good n knowledgeable writer one day..Following rules don't go with me well, I like to have fun, I mean were only young once!